A close look at volatility across major asset classes over the last year shows that the BREXIT vote was a much bigger market event than the US presidential election.  Looking at stock, bond, and currency volatility over 2016 suggests that the uncertainty post-election has not been as great as the BREXIT shock and already seems to be reversing.

The bond volatility spike was much greater during the realignment of risks after the first of the year. The equity sell-off in the first two months of 2106 was coupled with a significant switch into bonds. For bonds, the BREXIT and election spikes were similar although bonds showed an extended period of volatility in the late second quarter. The BREXIT and Fed uncertainty coupled for a longer period of volatility during June.

Currency market volatility increased upon the election results but was not notably different than increases associated with some central bank announcements this year. For currencies, BREXIT was a much bigger deal by an order of magnitude of three.

We use volatility as a sign of heterogeneous expectations. If there is less clarity on the direction of markets and it is harder to discount market information, there will be a spike in volatility regardless of market direction. There was a shock effect with the election, but there seems to be a normalization of views concerning the new president. This does not mean there will not be market directional trends based on policy expectations. Directional trends and volatility are different. Volatility may spike again but not until we have some new policy news to discount. 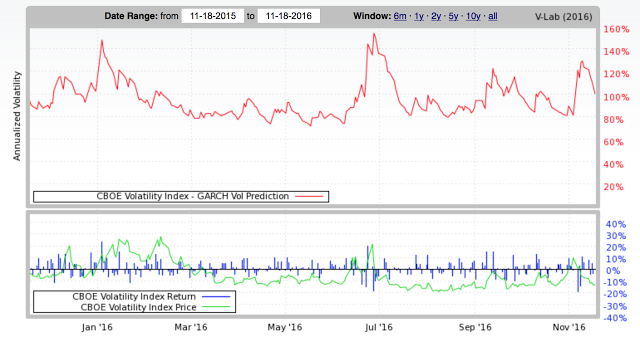 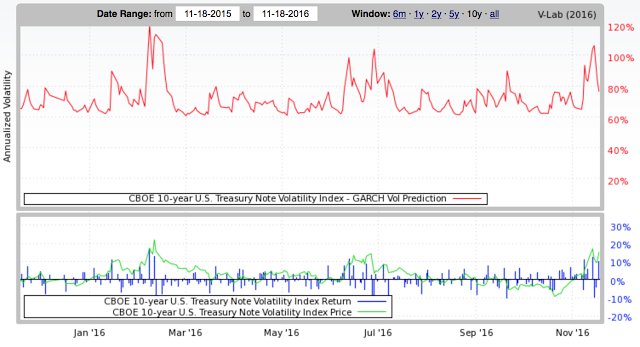 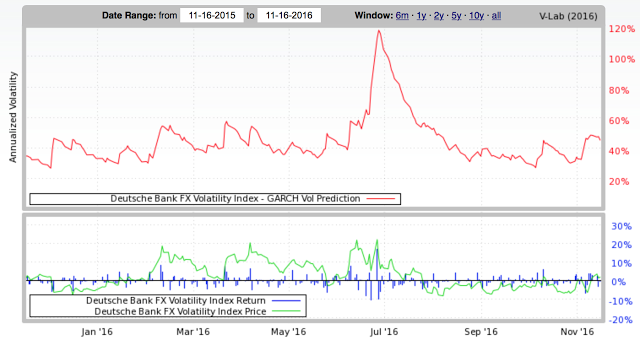