Don’t worry be happy and without stress. There is declining stress in the EU as measured by the ECB Composite Index of Systematic Stress (CISS). While there is a big disclaimer with the ECB risk dashboard that this is not a early warning system, the declining trend tell a story of stability.

This index serves as a European equivalent of the stress indicators that are used by the Federal Reserve Banks; however, there is a greater emphasis on cross-claims country claims, flows, and banking risks. The CISS numbers tell us that Euro area stress has been less volatile and reaching all time lows after spiking during the BREXIT vote. The US stress indices have also been trending down in 2017. This down trend is consistent with EU equity volatility measures. 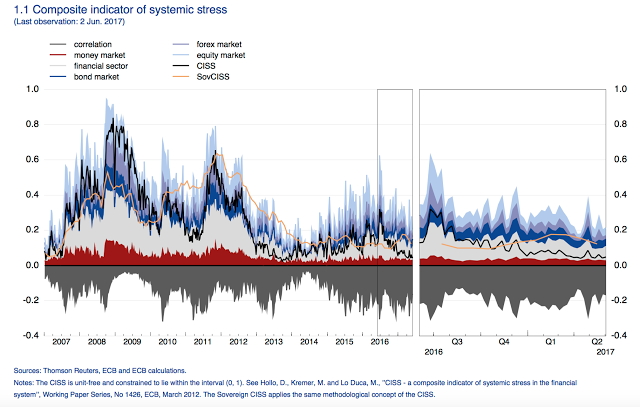 The VSTOXX volatility index below has shown a consistent downtrend albeit there have been spikes that suggest liquidity may be at times be strained in equity markets. 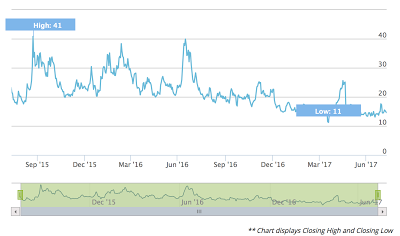 The ECB should be influenced by these positive stress numbers. A tapering of bond purchases would seem natural given the current state of stress, the lowered deflationary fears, the lower unemployment in most countries, and positive growth. A tilt to a policy change seems appropriate. Unfortunately, global macro managers who often thrive on stress and market dislocations have not fully taken advantage of this less stressful environment.