There is a long history of research that suggests that high dividend yields are indicative of cheap stocks and dividend yield are a strong contributor to total return, but we are interested in the relative relationship with yields. This issue is a variation of the old Fed model discussions of richness and cheapness in stocks. The current condition of rates higher divided yields could suggest that stocks are priced high, but we need more historical context.

A look back to 1990 suggests that fixed income yields above dividend yields are not the exception, but the norm. In fact, one can argue that the post crisis period is the time frame that is unusual. 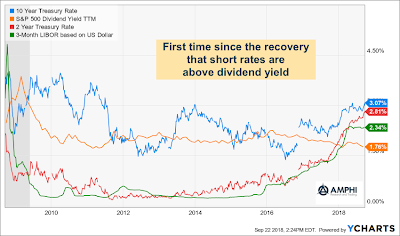 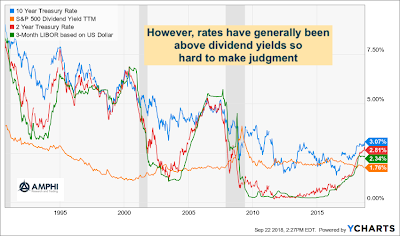 Going even further back in time suggests more of dividend yield puzzle of what is the relationship between dividend yield and rates. The last ten years were exceptional. But, in the first half of the twentieth century, dividend yields were higher than short rates. This relationship shifted in the 1950’s. This was certainly before the craze in buybacks which could have served as a substitute for increasing dividends. 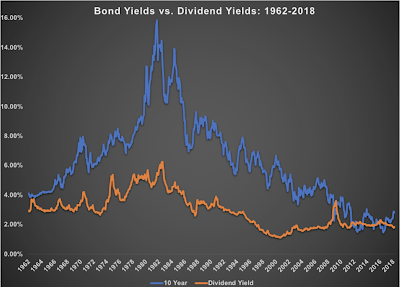 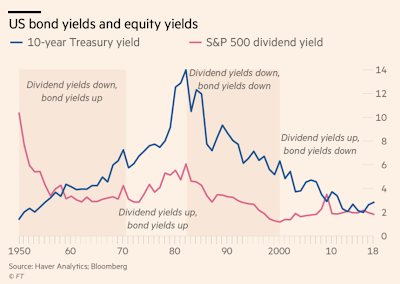 There are three major conclusions from this data. One, do not put stock in short time periods for analysis. Two, we may be looking at a different stock bond environment as signaled by the rate dividend relationship. Three, the relationship between rates and dividend yields may just does not tell us much on the future direction of stocks. All facts may not be meaningful.