The top firms in most industries have gotten increasingly larger and this hurts long-run competition, the balance of power between labor and firm, pricing, innovation, investment, and productivity. Industrial organization matters for the economic environment. It should worry consumers, wage earners, investors and those that are interested in balance of power for democracy that this march toward concentration continues. 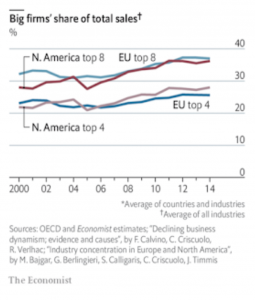 From the Jackson Hole conference in August 2018, there was discussion on this topic, but it needs to be addressed more broadly and subject to further discussion for policy. See Increasing Differences between firms: Market Power and the Macro-Economy John Van Reenen. 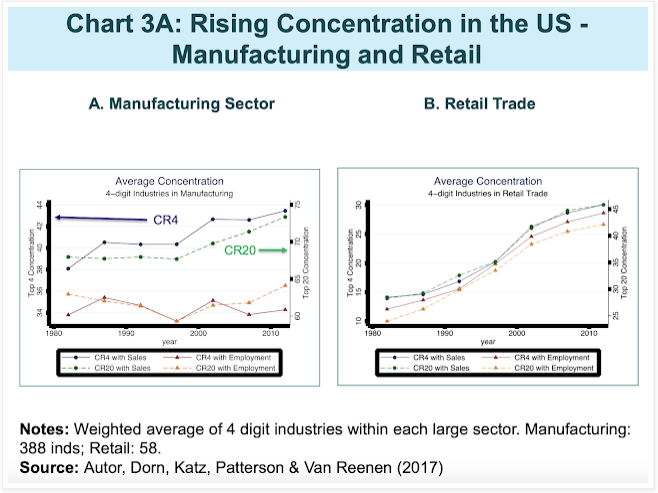 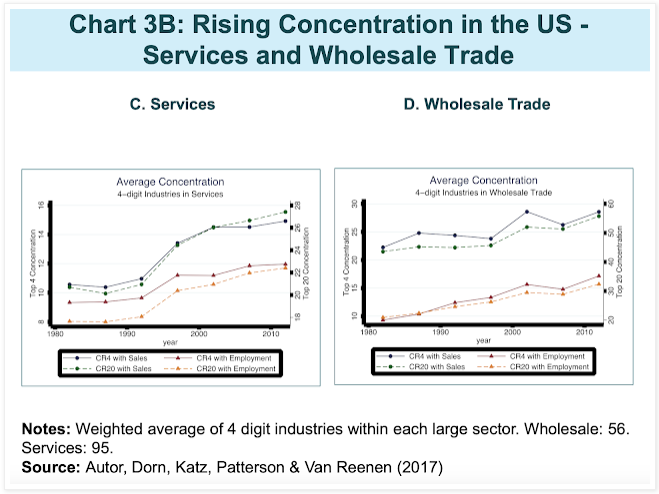 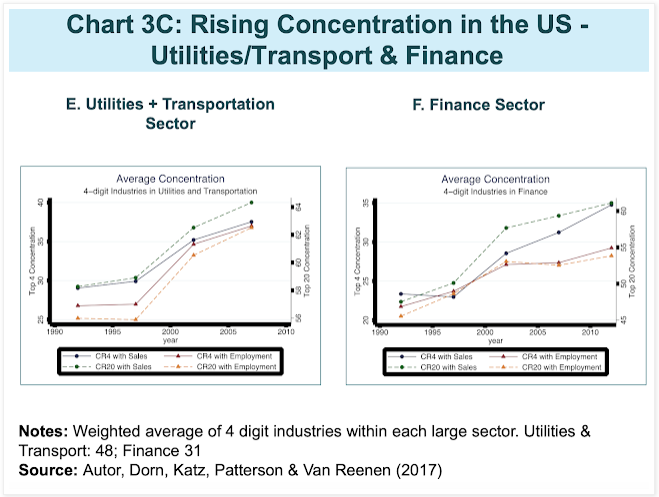 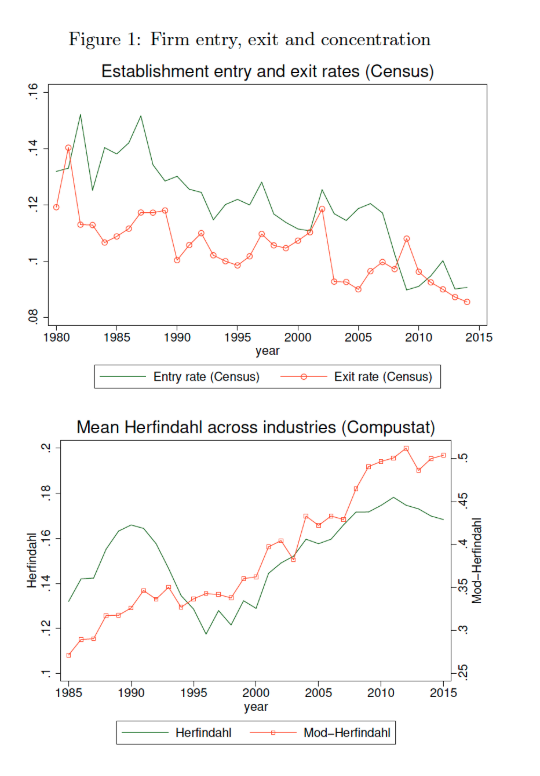 There is a rich set of research on issues of market concentration. Most conclude that gaining market share and increased concentration will be good for the firms that achieve this stature but for the economy as a whole there can be negative effects. Large firms behave differently when the competition is reduced. Investors, of course, look for companies that have “moats” that are often able to provide higher returns but what is good for the investor may not be good for the economy.

The desire by firms to strive for a monopoly generates competition but allowing firms to successfully dominate their industry may not be in the public’s interest. Governments have to ensure that even if there are large firms, an industry is contestable or can be challenged for dominance.

Focusing on industry competition and looking to stop concentration may generate a knee-jerk response that it is anti-competitive, but an environment of competitive fragmentation may create more innovation, more competition for workers, and greater investment to generate productivity.  Size matters, and the big may have economy-wide negatives. It is worth stepping back and thinking through the good and bad effects of competition.