One of the best performing sectors for 2016 was high yield credit which saw a large reversal in spreads with the improvement in the oil market. Credit funding for shale oil exploration and production was in jeopardy with the low oil prices, but the duel conditions of higher oil prices and an improvement in economic prospects have brought spreads to former tight levels last seen in 2014. Of course, there are other issuers in the high yield market but this move was associated with the risky oil credits. 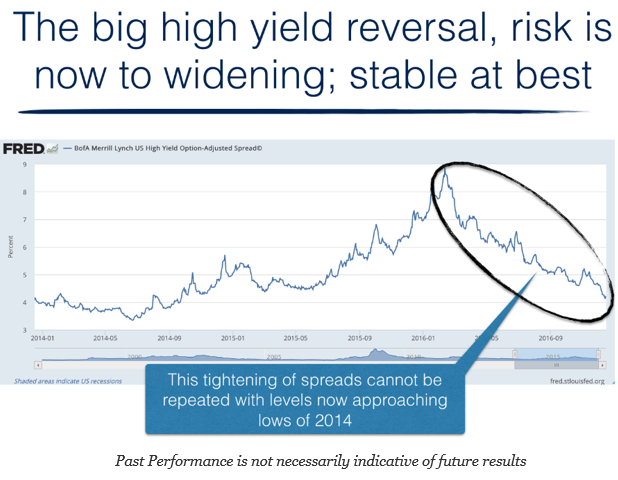 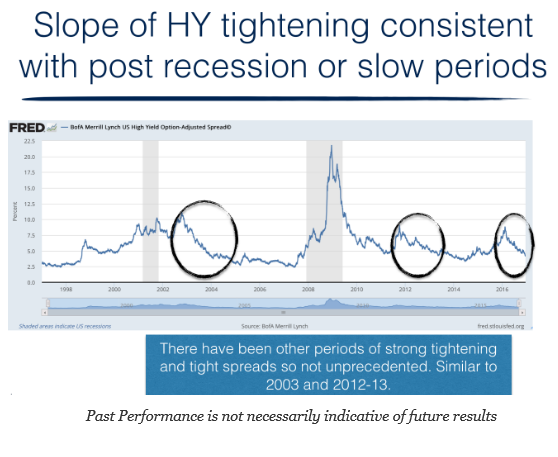 We have seen this type of tightening in 2003 and 2012-13. Both were periods of improved growth after a slowdown albeit not a recession. In 2003, the tightening was driven by the surge in Greenspan cheap money. In 2012 and 2013, the tightening was associated with the post-European credit crisis and continued cheap money from further QE action by the Fed. 2016 was the combination of higher oil prices, a Fed delay in rate increases, and an economic improvement. The 2009 spread improvement was from a change in post recession risks.

Further increases in oil prices are less likely albeit downside risk has been limited by OPEC production cut announcements. Right now, the chance for monetary easing is unlikely, so a further continuation in spread tightening is reduced from the drivers of 2016.

What we do find risky is the decline in covenant quality assessments. Investors are being paid less for bonds that have less creditor protection. Simply put, is this the type of risk you want to add to in 2017? 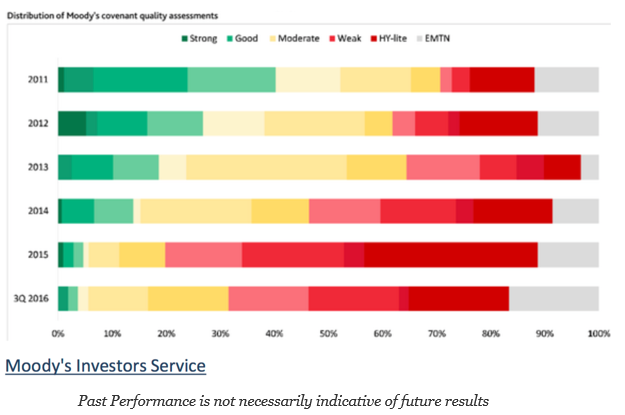 Momentum was great for 2016, but now it may be worth thinking about mean reversion in high yield spreads.