The Willis Towers Watson Global Pension Assets Study 2017 shows that the same pension trends for the last decade continue. First, the march to defined contribution (DC) plans from defined contribution (DB) plans has not abated. Of course, there are some wide variations across countries, but the good old days of getting a managed pension from a company or a state are not coming back. Second, the growth in pension assets from the major countries is slowing but continues to rise in emerging markets. Emerging markets do not have the same developed pension systems and often have pension assets well below the country GDP. There is a catch-up in EM and this is where asset growth will be seen.

My focus on reading these surveys is generally on the asset allocation issues for pensions where we see some major differences across countries. Foremost is the plain fact that most pension hold less than 50% of their assets in equities. The impact on fixed income from yield changes is still the main driver of performance. Pension will continue to be faced with lower returns with the current low rate environment.

For the US, the asset allocation mix is tilted toward equities and other which will be the alternative space. The high equity exposures are a Anglo-pension focus. There seems to be a clear view that alternative can serve as a fixed income alternative. There is a potential catch-up in this allocation for other countries. Overall, for the largest seven countries with pension assets, there is a decline in equity exposure for alternatives. This trend has been in place before 2008. 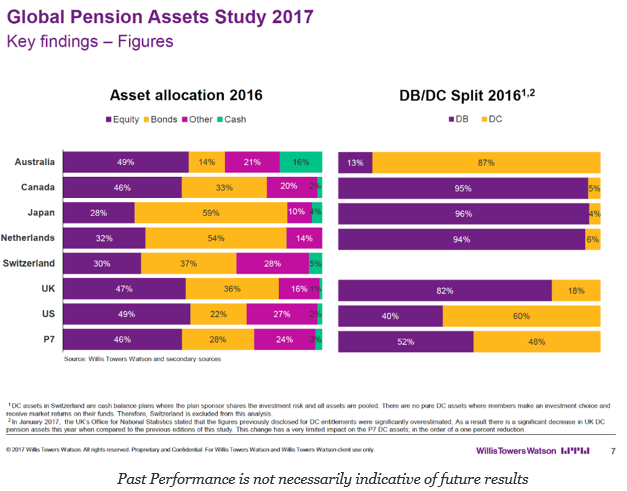 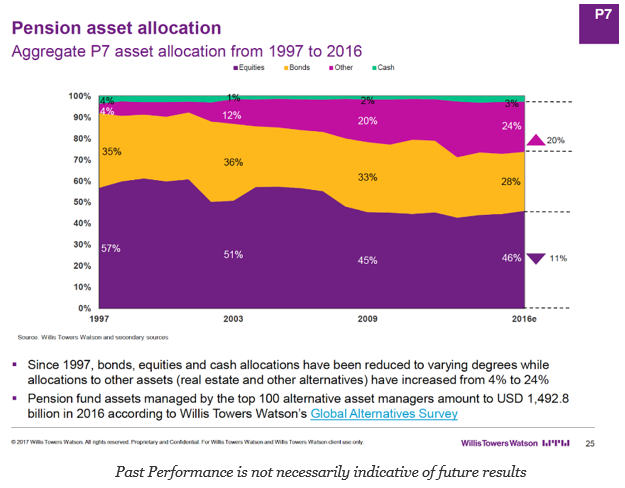 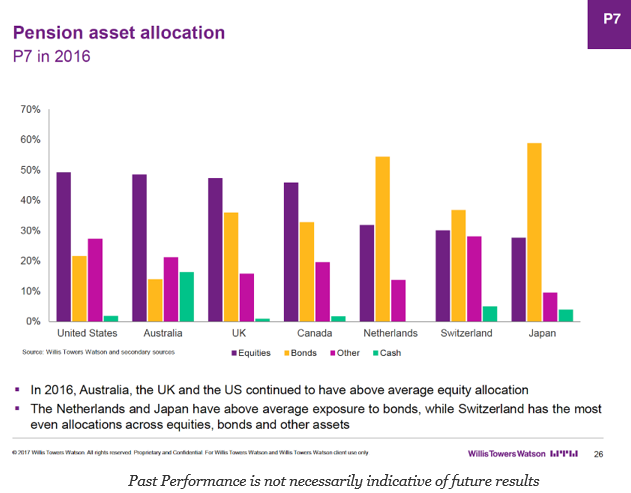 There is a clear difference in preferences with pensions. On the one hand, there is an equities plus other approach that is the focus of the Anglo countries. On the other hand, there is a strong fixed income focus for Europe and Japan. Perhaps driven by demographics and local regulations, but there are clear allocation differences that impact global demand for all asset classes.