Many have used the metaphor “fog of war” to describe the uncertainty faced in risky situations. It is attributed to Carl von Clausewitz from his work On War. It has had a profound effect on military thinking. Unfortunately, many have used the phrase without reading the book. The phrase “nebel des krieges” was never written by Clausewitz. You cannot blame many for this mistake given it is a dense work written in 19th century German and translated into English in the 1870’s.

I worked through a copy and will attest that this is not easy reading. I was motivated to read On War by commodity manager Matt Piselli who had it on his summer reading list. I will say that the most interesting part is Book I “On the nature of war” which focuses on strategy issues and not the mechanics of war. There is a lot to learn here, but there is clear cost in terms of effort with reading the original text. 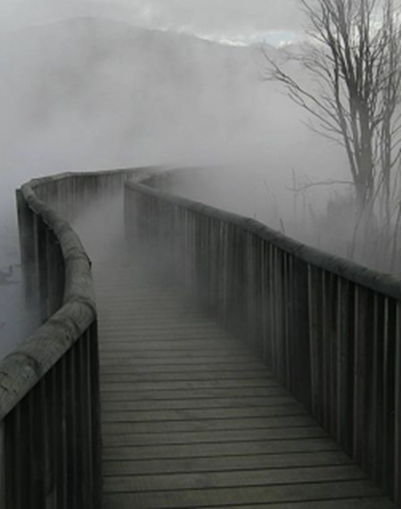 The real focus with Clausewitz’s thinking is not on “fog” or the “twilight” but the “friction” of war. Frictions are all of the issues that impede decision-making and the implementation of military decisions. This may include the lack of information during battle situations.

If a trader wants to transfer thinking, the broader idea of fog and friction may have more relevance and be a more useful concept for money managers. Fog may be the lack of information and uncertainty associated with decision-making. Fog can be literal or the probability or chance with any decision. Friction affects how we will act with the limited information we may have. Friction is the transaction costs associated with any decision and the impediments faced with battle. It could be physical exhaustion, geography, material or any factor that slows battle action

For money management, friction could be the lack of liquidity or price paid for liquidity when it is needed to exit a position. It is the time and data necessary to make a decision. It is the contracts that bind behavior such as a lock-up when buying a hedge fund or private equity deal. Higher frictions or costs mean higher returns are necessary to offset any given level of fog. Bad decisions from the fog of uncertainty can easily be reversed if frictions are low. Wrong decisions are only made worse when frictions are high. Hence, the frictions of “battle” are as important as any fog.

Any longer-term investment decision about plant and equipment, extending loans, or investing in small cap equities faces market frictions. There will always be uncertainty, but a decision that is involves markets with high frictions mean the cost of changing any decision is higher if new information is revealed. In a high friction and high fog environment, companies will hoard cash. Traders will focus on more liquid names. Investment decisions will be delayed until new information is obtained.

Even if Clausewitz did not say it, we like the metaphor about the fog of war, but we like the idea concept of fog and friction even more as a way to explain the difficulties of making decisions under uncertainty.