September was a month of transition for many styles, sectors, and class returns. In the style sector, small cap, growth, and value benchmarks generated strong performance under higher expectations for the reflation trade. There was a rotation from safer fixed income to higher risk premium styles. We are a long way from tax reform or a cut, but the fiscal issue is back on the table and in the minds of investors who want to get ahead of any changes. 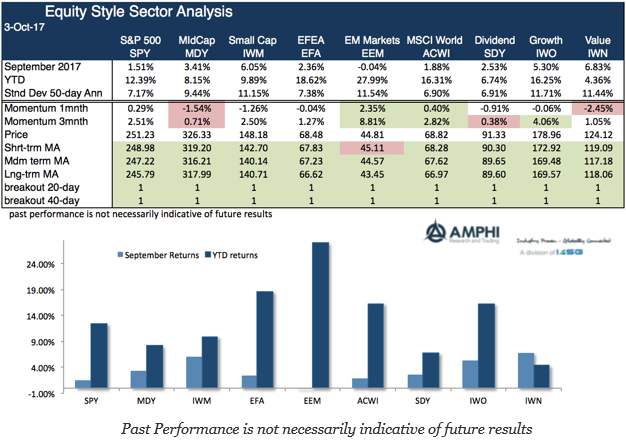 Sector performance was generally strong across the board expect for those industry groupings that are more interest sensitive like utilities and real estate. The best performing sectors were energy and finance followed by industrials and materials. 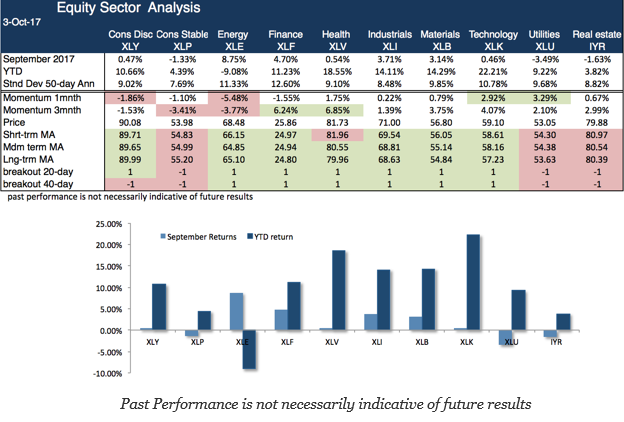 The country funds continued their positive performance albeit the returns were less than the performance of the US markets. Given the run on emerging markets, some pause seems natural when other sectors have stronger return catalysts. Negative performance was centered in Asian markets and Mexico. 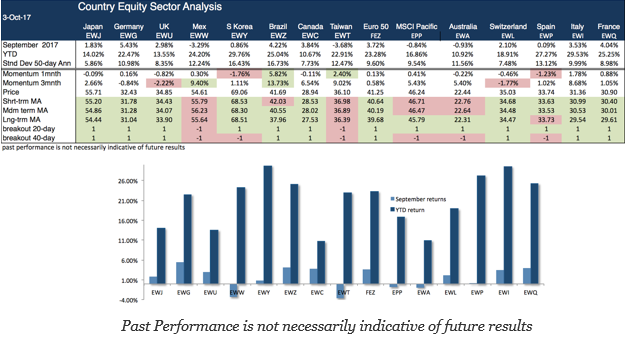 Bond sectors did not have a good performance month. It is notable that all sectors broke below our tracking 20-day breakout model. The only bond protection was in the credit sensitive sectors of corporates and high yield where even with tight spreads there was some yield cushion. 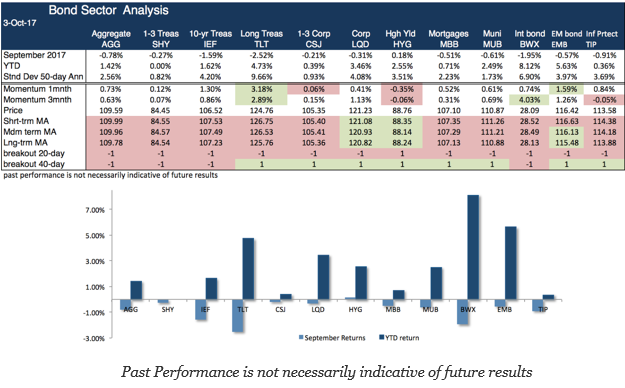 September’s strong sector rotation caught some investors by surprise. There is still monetary policy uncertainty that has to be addressed and any tax changes are unlikely to be fully fleshed out before the end of the year. As the reality that any policy changes will be gradual sets in, we expect considerations of valuation will again dominate market discussions.