I have just finished reading the insightful biography of Leonard da Vinci by Walter Isaacson. Isaacson makes da Vinci accessible as a person. HIs description really struck me. Da V+inci should not be placed on a pedestal of genius. He had a humble beginning. He did not have the schooling that others received during the period. What he did have was relentless curiosity. If you look at his notebooks or his art you will see his incredible power of observation and a mind that was not limited by conventionality.

“His genius was of a type we can understand, even take lessons from. It is based on skills we can aspire to improve in ourselves, such as curiosity and intense observation. He had an imagination so excitable that it flirted with the edges of fantasy, which is also something we can try to preserve in ourselves and indulge in our children.

…Skill without imagination is barren. Leonardo knew how to marry observation and imagination, which made him history’s consummate innovator.” 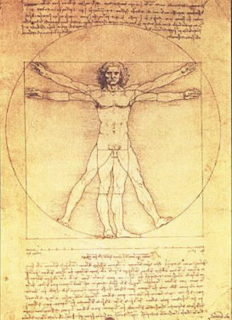 This same demanding curiosity is within our own grasp. This search for core answers and shadings of grey is the standard investment business problem, so a demanding curiosity should be applied to all of our investment thinking. It is not easy and requires significant concentration, but most investors can up their game. We have tried to internalize this thinking with our comment on Toyota and his five-why standard; The five “whys” and investment management – Finding the root cause. Just continually ask why numerous times until you get a deep answer.

Curiosity is not something that comes naturally to most investors. It is also hard work and there is more than one type. See, Curiosity – There is more than one type and hedge fund managers need them all. Investors should train themselves to be more curious especially about the obvious. Accepting some facts or rules of thumb as truism through not being curious enough has caused significant drag on investor performance.

The power of observation is critical in a nearly efficient market. Managers are all seeing the same data, so investor skill is with observing something different or generating  a fresh perspective in what many have seen before. See, Teaching cops to observe – Investors could use some help here.

We cannot all be Leonardo. Still, there is a significant room for improvement for most by breaking down the details of a quantitative model or conducting a deeper due diligence on manager skill. It can be as simple as not accepting the “facts” as presented by researchers or talking heads. Curiosity and observation skills do not have to be earned through an advanced degree. It can be achieved everyday through trained focus.