Let’s just make things clear. There have not been many yield curve inversions, so analysts who want to study the behavior of asset prices during inversions have limited data. Yield curves may signal recessions which may also signal a decline in equities associated with slower growth, but the timing links are highly variable. The risk differs depending on how the question is asked.

The answer on return impact can be affected by whether you are looking at current or forward returns. There is no single answer and much of the work has not been rigorously tested; however, there is enough research to make some judgments.

Our main takeaways are:

The PIMCO table suggests that fixed income investors don’t have to worry. Flattening and inverted are good returns periods. Those steep curves are when you have to worry. This mixes cause and effect. Steep curves means we are likely in a recession and monetary policy is being used to help the economy. Flat and inverted curves mean that we are late in the business cycle. Better for fixed income. 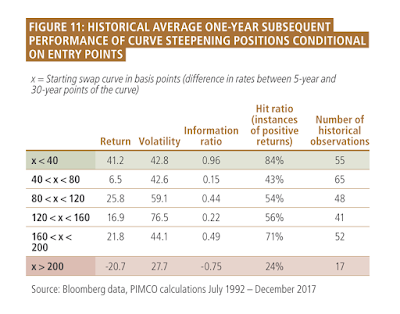 From BMO, equities can do well in a flat yield curve environment. 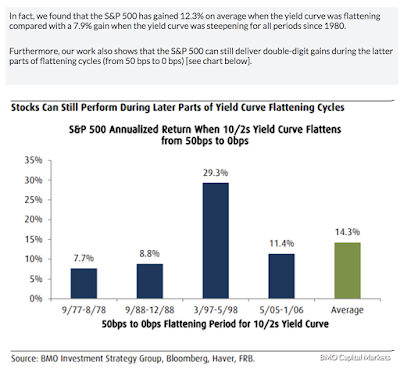 From BlackRock, the worst equity returns are during a bull steepening period. 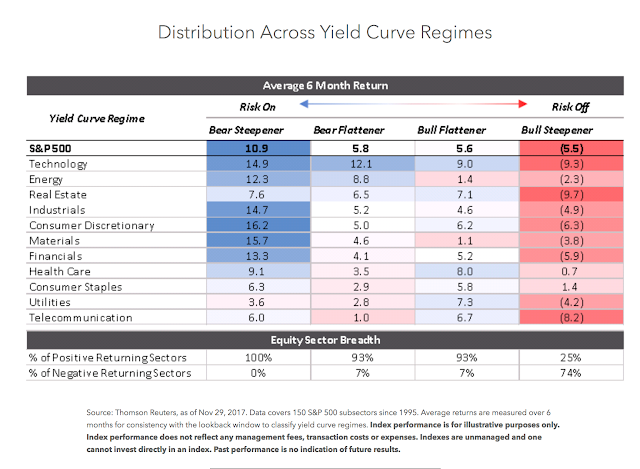 From LPL, the period between inversion and recession is associated with positive equity gains.

From The BAM Alliance, looking through the inversion, investors will be rewarded with positive returns; however, the impact will be related to the valuation at the time of the inversion. 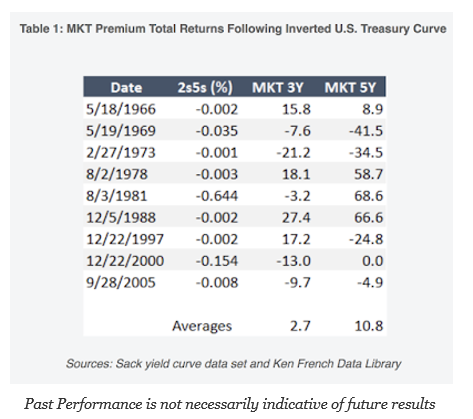 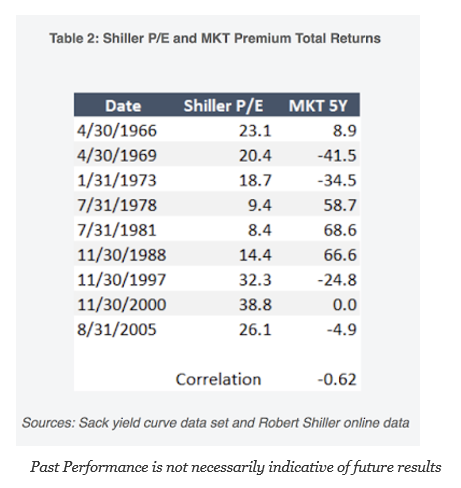