Pierre Wack, the great scenario strategist for Royal Dutch Shell, would say that that every manager or firm has a microcosm view or mindset while the world and firm operates in a macrocosm. The idea of the microcosm and macrocosm comes from the ancient Greek philosophers who discussed the place of the human beings in the universe. These discussions focused on the place of the individual in the greater cosmos. It fell out of favor with philosophers in modern times. 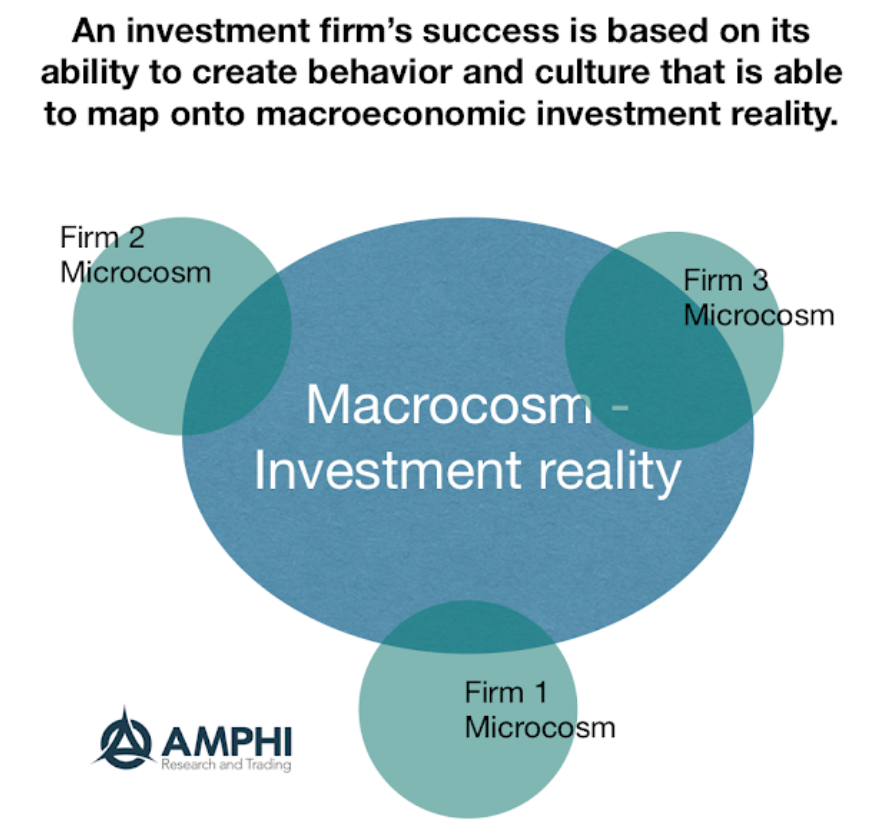 Differences in corporate strategies will be related to each firm’s microcosm. Call it their style and culture. Whether a firm is successful will depend on whether their microcosm can match reality in the world macrocosm. Culture and philosophy trump strategy, but success is whether this style microcosm can map effectively into the macrocosm. The macrocosm is a given. There is no value judgment of it being right or wrong. It is the reality that must be mastered. There is only one macrocosm while there may be many microcosms. The successful firms have the greatest overlap between the microcosm and macrocosm and the will to act on this overlap.